‘We Love You Dad’ Fathers Day Celebration a Success!

‘We Love You Dad’ Fathers Day Celebration a Success!

Gina Spence Productions’ We Love You Dad celebrating Father’s was a great success! The Father of year, Robert Wilson, said “he was really surprised touched and totally speechless to have been chosen as Bermuda’s Father of the Year”.

His step son Zerricko wrote a heartfelt letter thanking him for choosing him as his son, for years Zerriko longed to be able to have a Father son relationship and finally found it in his step dad Robert. He thanked Robert for teaching him how to wash clothes and dishes, fish, and how to be a man. He taught him that popularity fades and self-doubt replaces it, and that he should never let the belief in himself or what he has chosen waiver. The top six finalists in the Father of the year online essay competition included Joshua Butler, Rollin Nathan, Anthony Anderson, Reece Furbert, Galvin Butterfield and 2016 Father of the year, Robert Wilson. 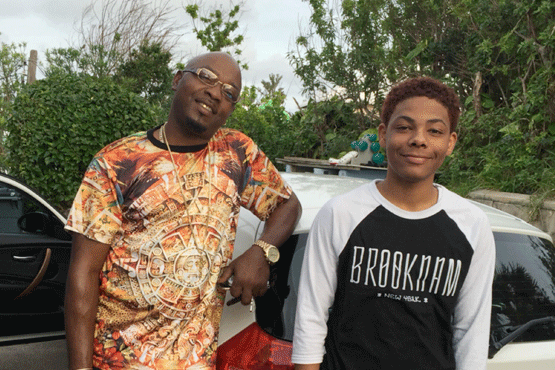 Community Service Awards were given to Bermuda Sea Cadet Corp, First Bermuda Boys Brigade Corp, Scout Association of Bermuda and Controversial Boxing & Fitness Gym.
Organizer Gina Spence said “we are honored and proud to salute and celebrate the hardworking dedicated Father’s and community leaders that are preparing our young men to take their rightful place in our community. Anyone can be a daddy but it takes a real man to be a Father.  All six of our finalists have shown their children through their nurturing love and sacrifice that Fathers are making a difference in the lives of their children.

Thanking our sponsors and everyone who supported our We Love You Dad Celebration of Father’s. 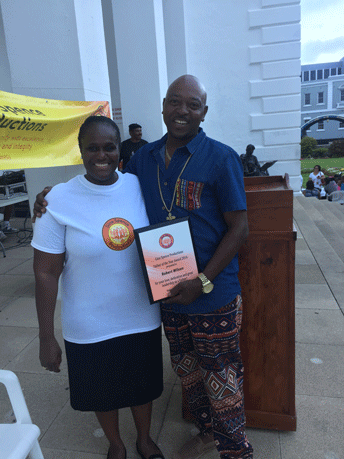